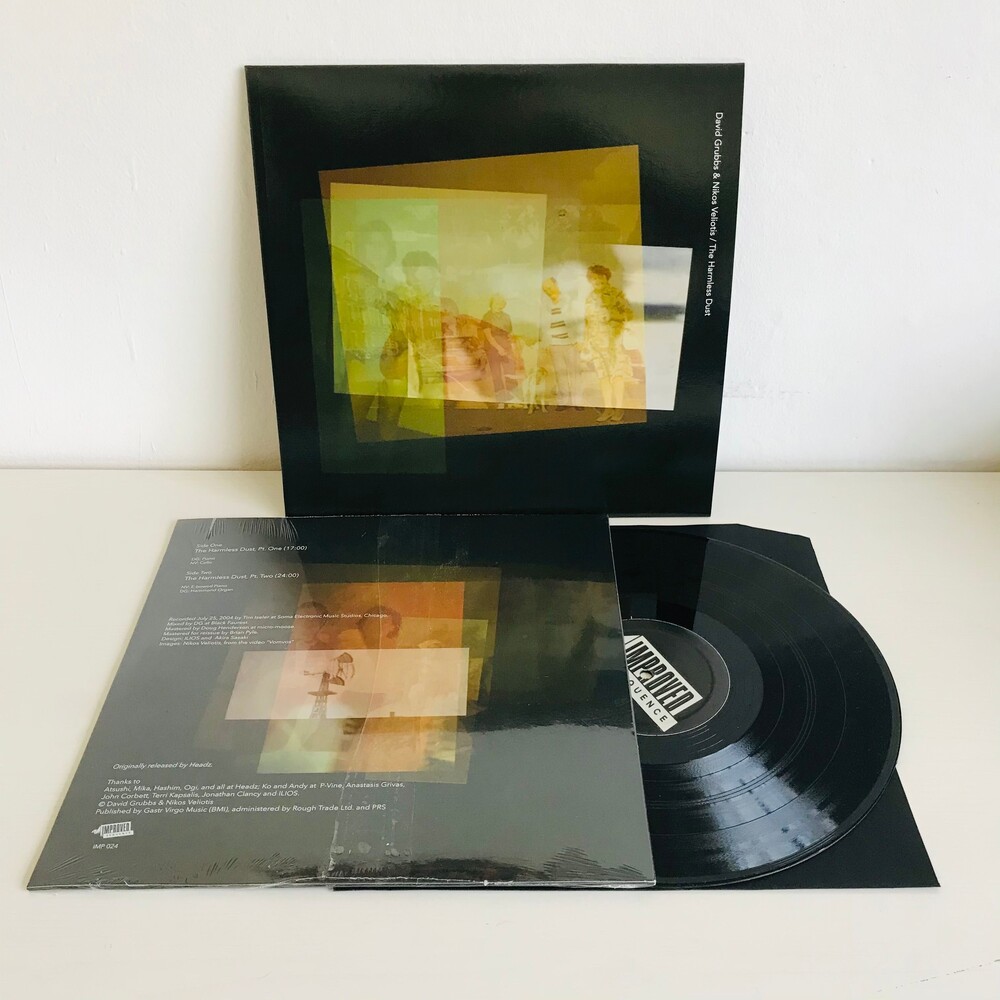 The Harmless Dust is a unique release in the discographies of both David Grubbs and the Athens-based cellist Nikos Veliotis (Mohammad). In 2005 the duo were on tour in the U.S. in support of Grubbs's album A Guess at the Riddle when they took a most productive break at John McEntire's Soma Studios, over the course of a day laying down something utterly different from the song-based set they were playing most evenings. The Harmless Dust presents the same composition in two arrangements: one for piano and cello (played with a curved bow that makes it possible to sound multiple strings simultaneously) and the other for Hammond organ and multi-tracked e-bowed piano. What resulted are worlds within sound worlds, within whirls, within whorls, without words. The piece was first performed live in Tokyo and then released on CD in Japan by the Headz label; this is it's first release on LP, with new artwork by Nikos Veliotis from the same series that yielded the original design.
back to top