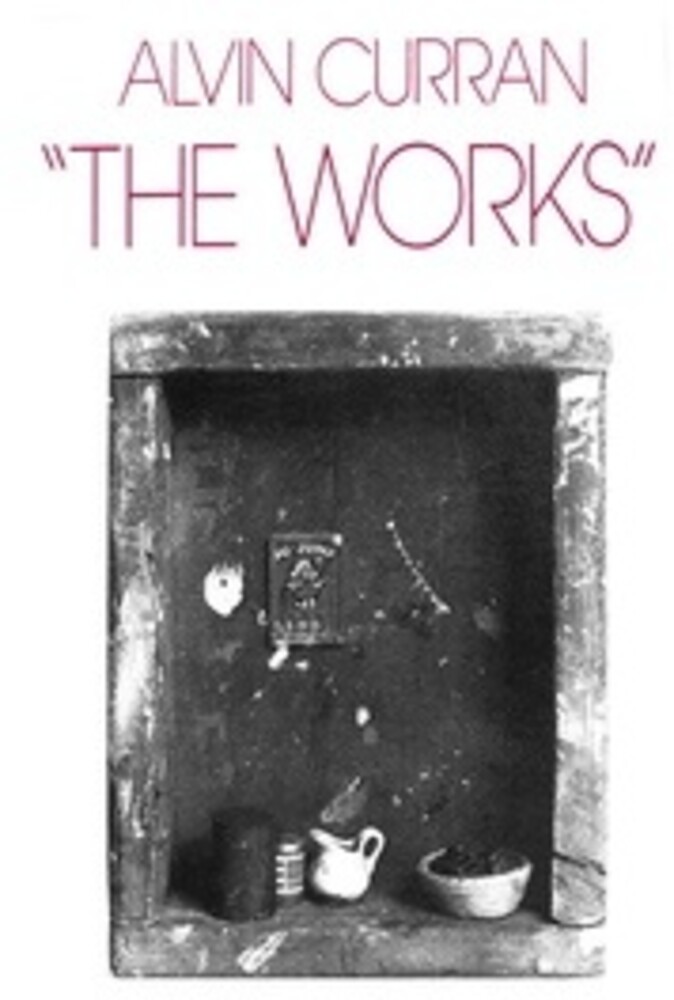 Vinyl LP pressing. The Works - one of the most famous pieces by brilliant American composer Alvin Curran - was not created by will and direct purpose but, as the composer himself states, as a "providential accident" which is to say quite organically. Combining piano and voice with found sound and a custom-built Serge modular synthesizer, The Works is a slowly developing piece where space and ambient tape are eventually overtaken by raga-esque chanting and frenetic piano playing, where synthesizer washes become full-on workouts all leading to a coda where the listener is "finally carried off on the wheels of the Berlin U-Bahn." Curran - whose initial training and musical education was as a pianist - had been living in Roma, Italy, in the mid-70s returning to his roots and performing regularly in cocktail lounges on Via Veneto. It was this return to piano and vocals that became the genesis for The Works. In relearning the piano, a five-note "motive" took hold. Added to this was "a recording I had made of our 14 year old dachshund Caspar just before he died. It was, in fact, a love song which he persisted in singing all day after meeting a lovely bitch in heat in Piazza Navona. This I knew would be the beginning of the piece." As the piece expands further the listener will hear "cows munching grass, the Rome-Florence express train, a horse-fly caught against a window pane, my footsteps approaching a Roman fountain and later going up the steps of my old studio, cicadas, an Amsterdam calliope, a tin can being kicked, and a series of sounds from La Serra di Lerici." Though The Works has been performed in many incarnations over the years, it's this performance - captured on February 24, 1980, and originally released that same year by the short-lived Italian avant-garde label Fore - that is the definitive version, and one of the finest recordings ever made by the celebrated composer.
back to top