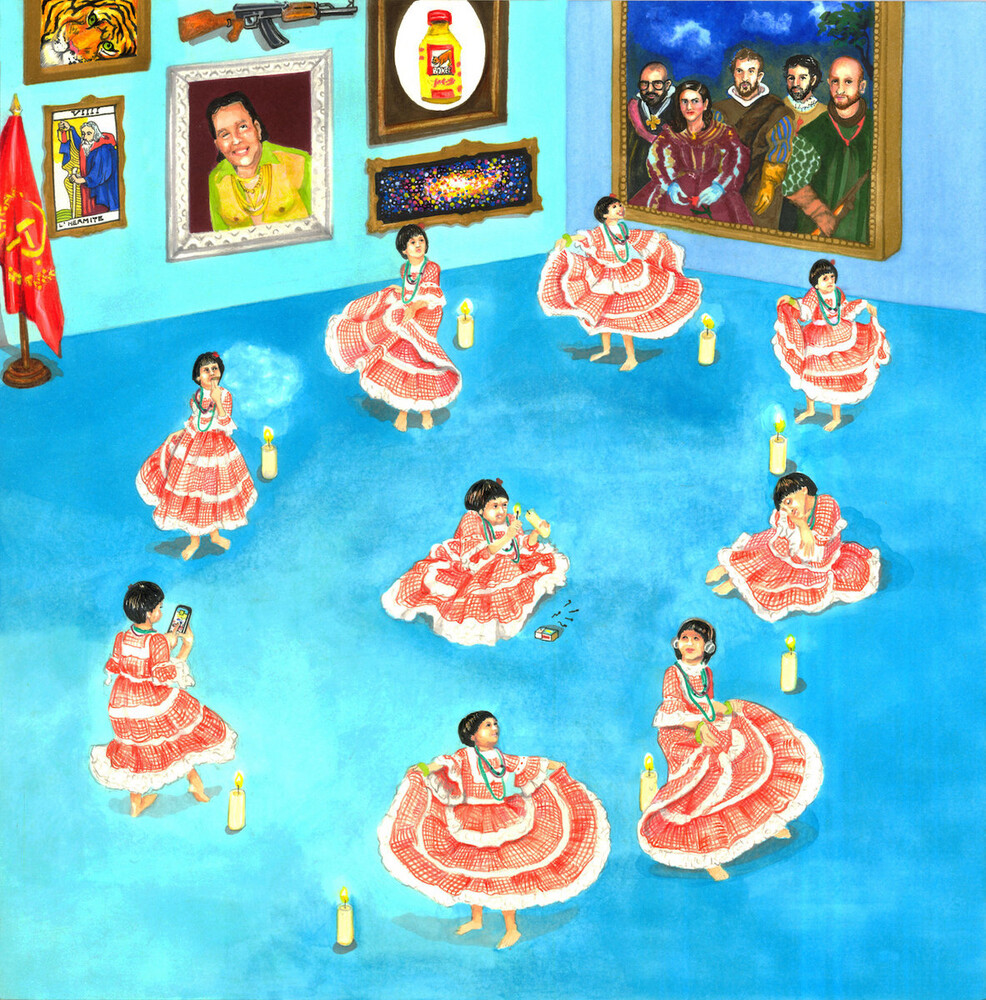 Vinyl LP pressing. 2020 release. "After the very acoustic ¿Dónde estás María?, I decided to try a new experiment taking as a reference the legendary group Cumbia Siglo XX which is a group who explores a futuristic vision of coastal cumbia in the '80s, together with other groups such as Grupo folclórico, 2000 Voltios and others, mainly under the label Machuca and Felito records. This new '80s cumbia was a combination of funky basses and a further evolution of the rhythms, blending this style with disco and even rock music and superimposing the traditional versus the urban context and the modernity. Meridian Brothers took this as a departing point and inspiration, making the same experiment but in XXI century, using the modern media of this time; all kinds of drum machines, guitars and synths, algorithmic software etc, and also taking into account the global exposition of modern cumbia in the 2010s. So all kinds of influences and genres are blended around this cumbia axis. Urban beats, synthy grooves, glitches and all kinds of swear words (and it's censorship), and all kinds of slang languaje are included in the songs of the album. All these elements are filtered and passed through the traditional train of thought of Meridian Brothers, which is the figuration of an abstract picture of sound put it within a concrete context or cultural tendency.