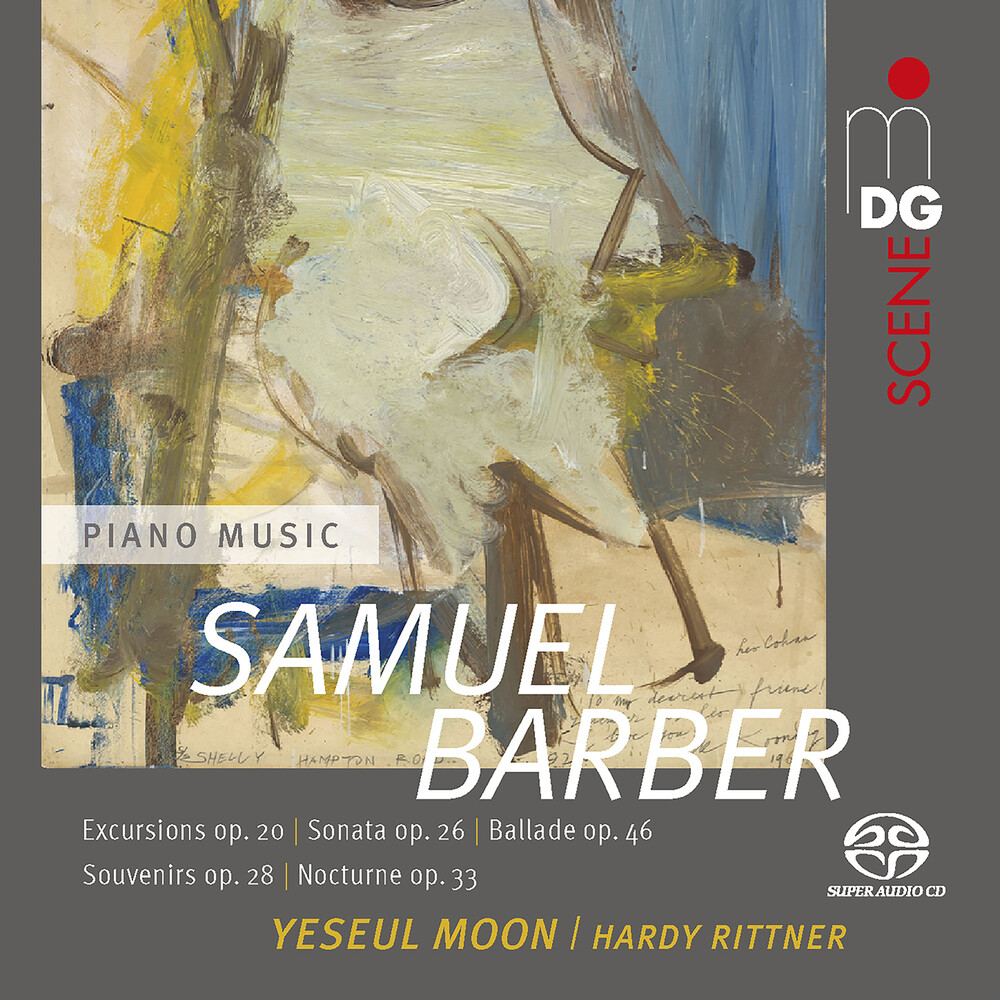 Samuel Barber's piano music is rarely heard, for one reason simply because of it's enormous challenges in matters of technique. The young Korean pianist Yeseul Moon has not let herself be deterred and on her MDG debut is presenting a breathtaking new recording of this magnificent music in which light entertainment and profound expressivity do not form a contradiction. The focus is formed by Barber's Sonata op. 26, his only contribution to twelve-tone music, which, however, repeatedly flirts with echoes of traditional harmony. The legendary Vladimir Horowitz premiered this sonata - not without first asking the composer for a few extra difficulties. The breakneck finale consists of a four-part fugue - not the sort of thing for weak nerves. Individual rhythms mark the Excursions, perhaps the "most American" contribution to this program. A Blues of infinite sadness (No. 2), floating septoles (No. 3) defying the force of keyboard gravity, and highly suspenseful syncopations (No. 1) keep things going all the way through to the lively spirited finale (No. 4). For the ballet suite "Souvenirs" Moon has asked her teacher Hardy Rittner as a secondo partner - a stroke of luck, as their incredibly harmonious interplay proves. The Ballade op. 46 is Barber's swan song, and rarely has a swan been heard lamenting so heartbreakingly. By contrast, the Nocturne spreads out a positively idyllic atmosphere.