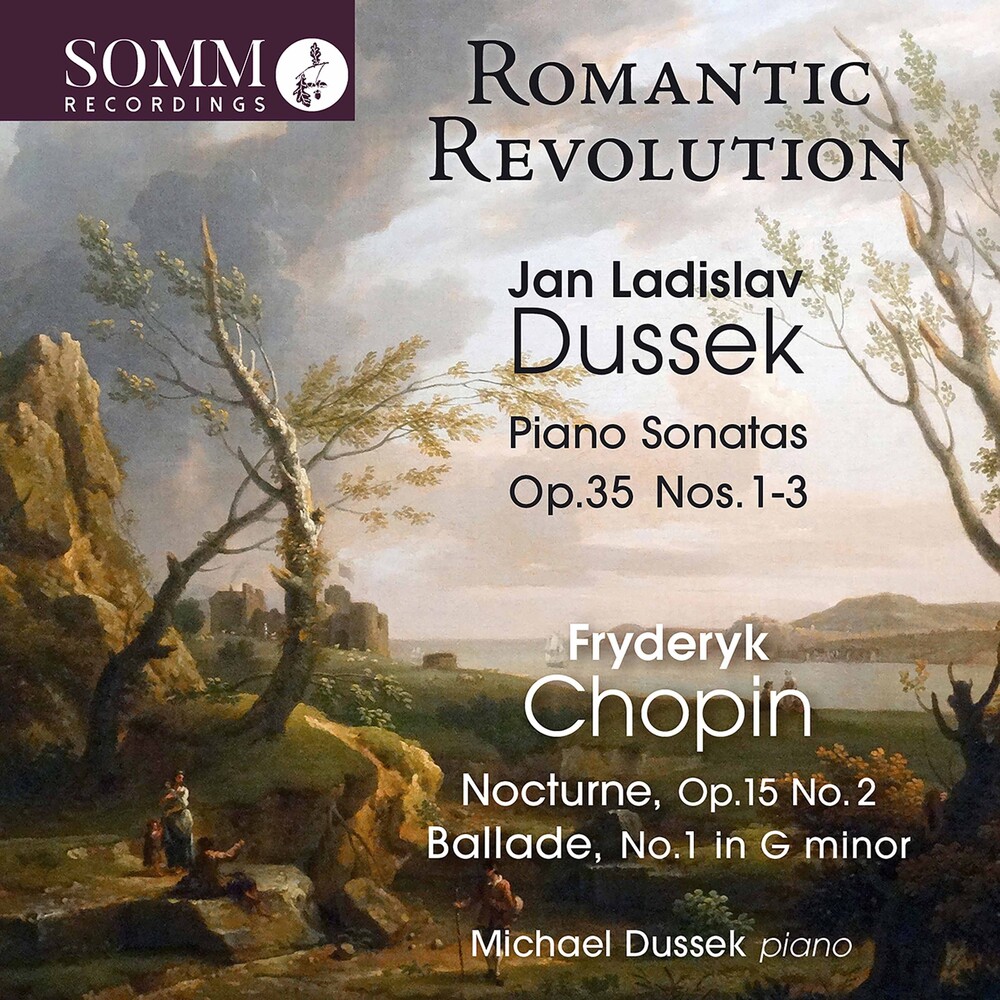 SOMM RECORDINGS is pleased to announce the return of pianist Michael Dussek to explore the music of his ancestor Jan Ladislav Dussek and it's relationship to one of the piano repertoire's most illustrious champions, Fryderyk Chopin. This fascinating recital reveals Dussek - a colorful character and favorite of Marie Antoinette whose talents took him throughout Europe and Russia - as "revolutionary in his approach to both composition and pianism" and makes a persuasive argument for Dussek's influence on Chopin. In his informative booklet notes, Michael Dussek makes the case for his namesake's music being the product of a composer "very much ahead of his time in the development of a Romantic piano style" (Grove Music). The disc's centerpiece is the Op.35 Piano Sonatas (Nos.11-13), the B-flat major Sonata a crucible of ideas accommodating the rustic lyricism of his native Bohemia, a contrapuntal sophistication that would find full flowering in his later Messe Solennelle, and an anticipation of what would become a Chopin signature. The G major Sonata boasts melodic expressiveness, virtuoso passagework, a harmonic boldness that Schubert would later more fully exploit and a Rondo finale that out-Haydns Haydn. The Sonata in C minor strikingly blends Beethoven, Chopin and a joyful village dance to conclude a "gloriously innovative triptych". Completing the album are two pinnacles of the piano repertoire: Chopin's exquisite Nocturne, Op.15 No.2, and the lyrical, rapturously intense Ballade No.1 in G minor. Michael Dussek's previous SOMM recordings include volumes of chamber music by Frank Bridge and Jacques Ibert with the Bridge Quartet. MusicWeb International hailed the earlier recording as "vivacious, subtle and faithful to [Bridge's] mercurial muse", adding: "Michael Dussek is a doyen among the pianists who have made themselves familiar with this repertoire". BBC Music Magazine described the Ibert as "suave Gallic chamber music beautifully played".
back to top