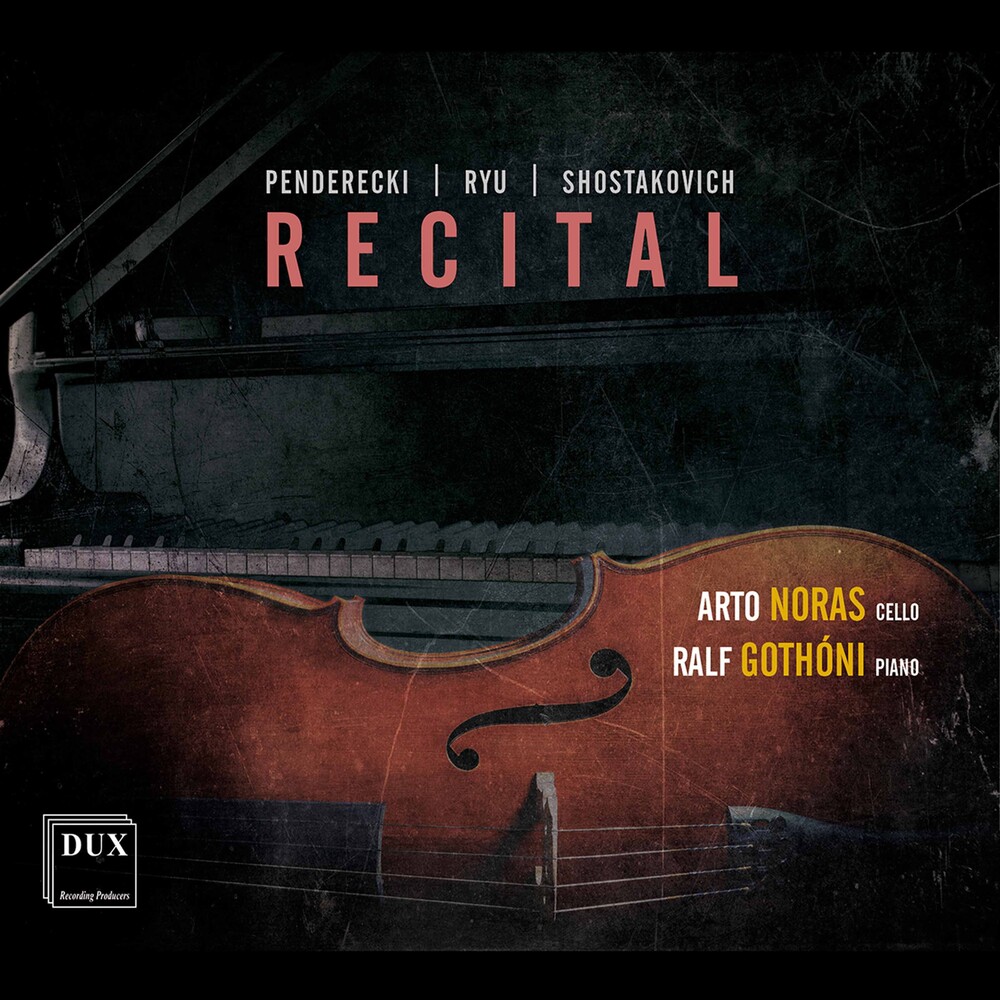 The present release is a brilliant recital of works by Penderecki, Ryu, and Shostakovich. Arto NORAS is one of the most outstanding cellists in the world today. He studied under the tuition of Yrjö Selin at the Sibelius Academy and later with Paul Tortelier at the Conservatoire National Supérior de Musique in Paris. He came to prominence internationally after the success in the Tchaikovsky Competition in Moscow in 1966. He has performed for over five decades with major orchestras and conductors all over the world, and his repertoire encompasses a large part of the cello literature. He has also appeared as a distinguished chamber musician with many of the most acclaimed musicians of our time. He has a fairly extensive list of recordings to his name, comprising several pieces written especially for him. His recordings include all of Krzysztof Penderecki's cello works under the composer's baton and Jeajoon Ryu's Cello Concerto and Sonata for cello. Ralf GOTHONI is an internationally-renowned Finnish-German pianist. A highly versatile musician, he has also developed a long career as a conductor, chamber musician, composer, author, and teacher. Born in 1946, he began studying the violin at the age of three and the piano at the age of five. At 15, he made his debut as an orchestral soloist. He has been invited, both as a soloist and conductor, by the most prestigious festivals, including Salzburg, Berlin, Prague, Prades, Aldeburgh, Edinburgh, BBC Proms, La Roque-d'Anthéron, Ravinia, and Tangle-wood. As a soloist, he has appeared with the symphony orchestras of Chicago, Detroit, and Toronto, the Berlin and Warsaw Philharmonic Orchestras, the Bavarian Radio Symphony Orchestra, the Japan Philharmonic, and the English Chamber Orchestra.
This website uses cookies to personalize content and analyse traffic in order to offer you a better experience.
I accept Learn More
back to top