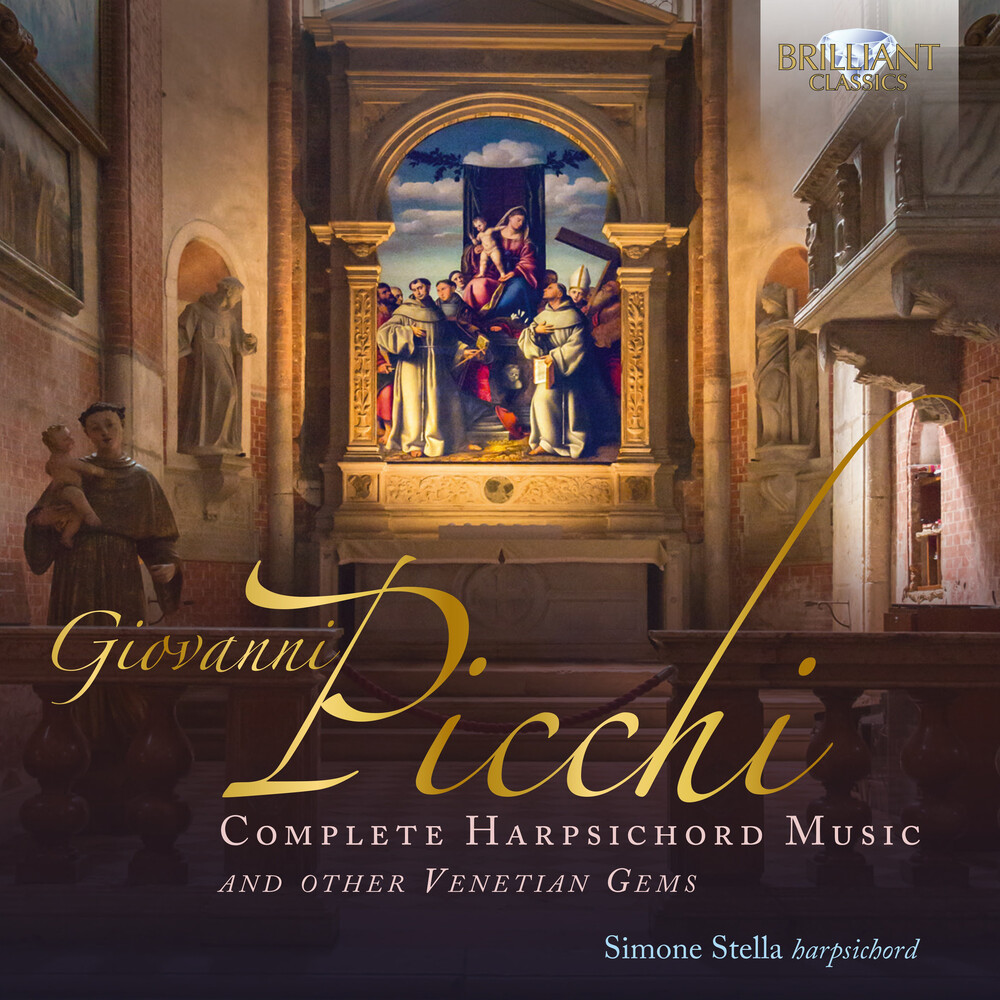 Giovanni Picchi (1572-1643) flourished in Venice, notably as the organist at the Scuola di San Rocco. He became renowned as a composer of both secular and sacred music, attested by his presence in the NobiltĂ  di dame by Fabrizio Caroso, the most important collection of dance music of the time. A collection of his canzone was published in 1625 and his fame spread to England, where a Toccata for harpsichord was transcribed within the Fitzwilliam Virginal Book (of which Brilliant has recently released the first-ever complete recording, 95915). Other important sources for his keyboard music include collections published in Venice in 1621 and an undated collection of intablatures (transcriptions and elaborations of music by other composers) which is now held in Turin. Together they amount to some of the most brilliant and appealing music for the harpsichord from 17th-century Italy. Picchi's harmonic language was especially daring, and his flair as a performer is reflected in the style of his writing, which exploits the full range of the instrument. In complement to Picchi's work, Simone Stella has chosen other jewels from Venetian composers of the time: toccatas, ricercare and canzone by Annibale Padovano, Claudio Merulo, Andrea and Giovanni Gabrieli and Vincenzo Bellavere. Bellavere is another neglected figure nowadays, but the Toccata recorded here is a gloriously ornate example of the genre, alternating intricate counterpoint with filigree decoration.
back to top