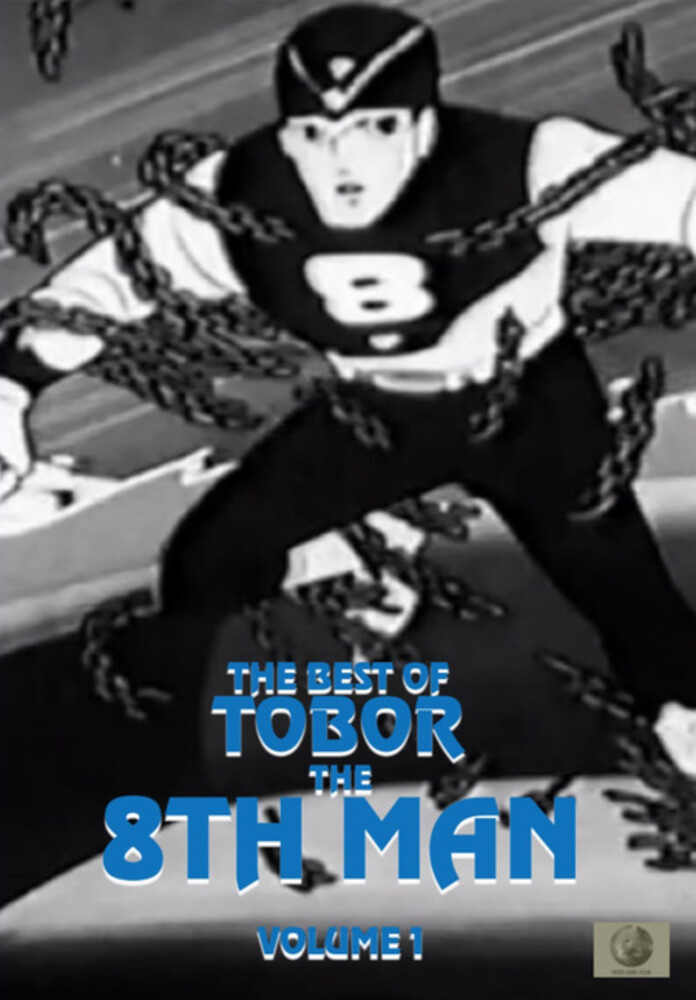 FASTER THAN A ROCKET, QUICKER THAN A JET, HE'S THE MIGHTY ROBOT, HE'S THE ONE TO GET! After getting murdered by criminals, Special Agent Brady's body was discovered by super scientist Professor Genius. He transferred Agent Brady's consciousness into an enhanced crime fighting super robot named Tobor! Volume 1 includes these 5 exciting uncut episodes as you remember them: GOLDSHRINKER AND THE NUMBERS GANG THE SILENT JETS DR. SPECTRA THE LIGHT THAT BURNED THE BELLIGERENT BODYGUARD SCIFI writer Kazumasa Hirai and manga artist Jiro Kuwata created the 8 Man manga for Weekly Shonen Magazine in 1963. He became Japan's first-ever cyborg superhero and an anime series was produced late that same year. The series was translated into English and brought to the United States in 1965, becoming a beloved classic that is fondly remembered by fans today.
back to top